Go Back Learning from the Millom Experience The NHS North West Leadership Academy (NHS NWLA) understands the evolving leadership landscape. We work in partnership with other sectors and our members to define requirements and to develop bespoke, effective leadership interventions. These leadership interventions support leaders in delivering effective health and social care; improving population health whilst at the same time making the best use of resources for its members.

Events in Millom since 2014 are a great example of how the NHS NWLA was able to build on the successes of a transformation in local healthcare provision and contribute to a systems leadership model which could be replicated across the North West and beyond.

Millom is a small town with a population of 8500. It sits in Southwest Cumbria, just north of Barrow-in-Furness. On 7th May 2014 the town was hit with the threat of the closure of its local community hospital. This represented the potential last straw for healthcare in the area. General practice was already in crisis due to being unable to recruit to GP vacancies; and operating out of poor run-down premises, they had been unable to engage in wider work such as integrated care. As soon as the local population was aware of the potential hospital closure a community action group came together and started to use social media to mobilize the population. Within days 2,500 people marched in the streets and called on their MP and health leaders to hear their concerns. As a result the local NHS Trusts took the unprecedented step of integrating members of the community action group into their leadership systems and the highly successful Millom Alliance was formed.

The NHS NWLA became involved when the Millom Alliance applied through Cumbria Leadership and Improvement Collaborative (CLIC) for a Systems Leadership Grant. The bid was for a programme that would learn the lessons of the Millom experience and create a framework for similarly evolved and integrated leadership that could be fostered in other communities. The bid involved a ‘Dragons’ Den’ style panel - an intense process which gave the Millom team an opportunity to pitch their ideas and for us to understand their leadership need, and the reach and impact of the programme, before assessing their suitability for a leadership grant. We provided support and expertise to help the Millom team to ensure clarity of outcomes and to consider the future sustainability of leadership development interventions across the wider system.

After a challenging process of development and insight, the Millom team were awarded a grant.

Once the grant was awarded leadership development support for the community was commissioned to see what was already working well, and how that knowledge could be transferred to other communities facing the same crisis.

The NHS NWLA played a key role along with CLIC and the Millom Alliance, in bringing about a significant and evolving solution to what could have been an irretrievable healthcare crisis in Millom.

"The NHS North West Leadership Academy grant was a great opportunity for us. It enabled us to look closely at what made Millom leaders successful and to build this learning into our leadership programmes for the future."

A key outcome of the legacy of the Millom project is a programme that supports the system leadership capability of a range of informal and formal leaders within the community. This creates a progressive ongoing collaboration between stakeholders which empowers informal leaders and brings them into dialogue with key personnel. Other outputs included three leadership coaches, a knowledge hub for easy access to information on system leadership to support self-development, and a written evaluation of the pilot development programme.

“I was delighted to see how the Cumbria team made use of the system leadership grant they received from NHS North West Leadership Academy: they used it to develop leadership capacity which contributed to the significant improvements in the way integrated healthcare is delivered in partnership with the communities we serve.”

There’s a lot that can be learned from Millom. The successful outcomes are testament to the dynamism and collaboration of all the key stakeholders, enormous amounts of goodwill between all parties, and willingness to actively listen and communicate openly. Also a determination to overcome the challenges faced by the NHS, and sheer grit and strength of character of all those involved.

Above all, thanks to the support of the NHS NWLA, the lessons from Millom have been rigorously studied and used to develop a new framework for systems leadership for the whole region.

This example is just one way in which we have supported our members in enhancing their leadership capability with the ultimate goal of improving population health. This can be through a variety of leadership interventions from individual to whole system. In this way we are a driver in helping to shape the future of healthcare provision.

In May 2017 we were delighted to further share the Millom story at the IFIC International Conference on Integrated Care. The conference, held in Dublin, drew more than 1200 attendees from over 60 countries across the world, to discuss and explore how to build platforms for integrated care and how to deliver change that matters most to people. Along with Dr John Howarth (Deputy CEO and Director of Service Improvement at Cumbria Partnership NHS FT, representing his Millom colleagues) we were shortlisted to present at the conference to showcase the citizen led integration project in Millom. “Out of the 700 contributing workshops, papers and posters submitted we were awarded runner-up for best paper and presentation. This is such a huge achievement, not only because of the international recognition but because it really showcases the innovative work our members are doing in leading the transformation of health and care for now and the future.”

NHS North West Leadership Academy@nhsnwla
Would you like to learn how to support your team to the best of your ability? Join us for our upcoming workshop on how to navigate leading a team through times of uncertainty and how to empower and engage a team effectively. Sign up here > https://t.co/of5wMA7pxq https://t.co/QFnb0QhThf 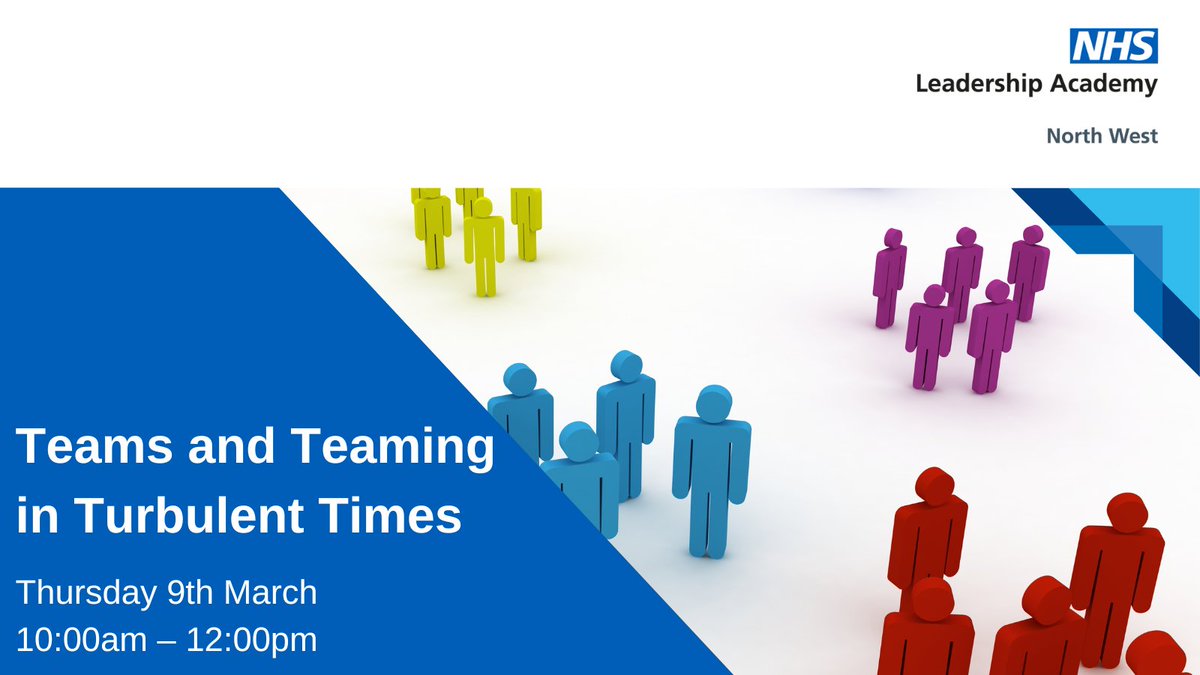 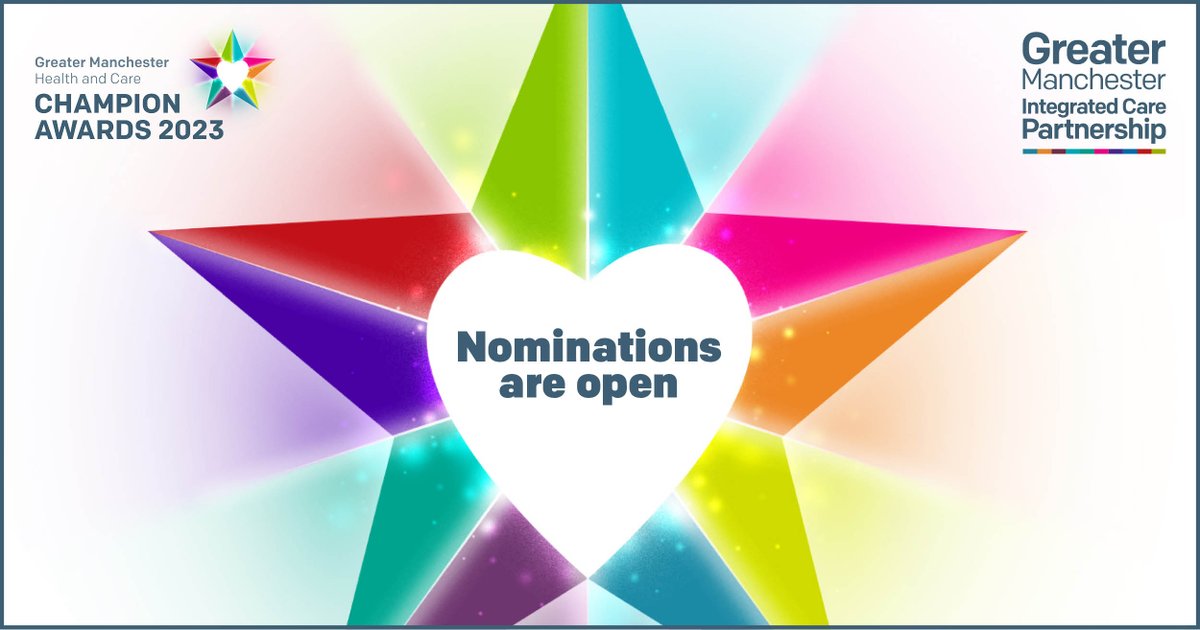 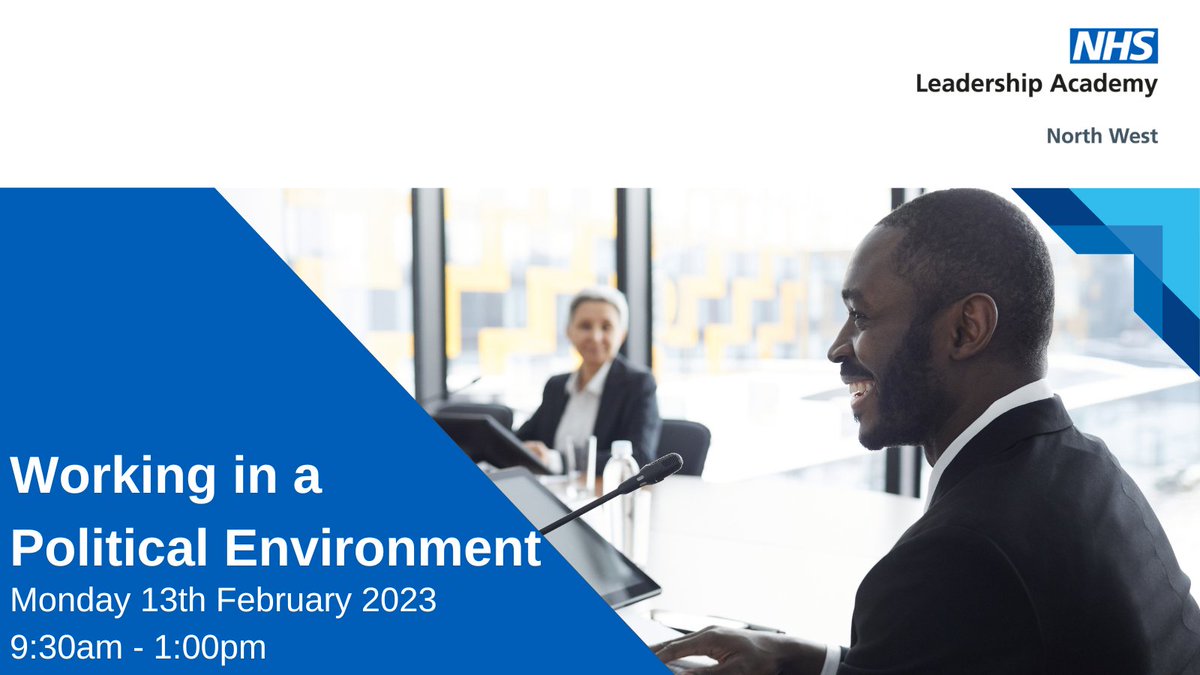